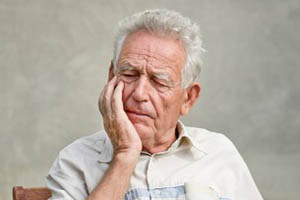 Because of that, the standard medical recommendation for years has been to:

But, is this always the best advice? Maybe not, particularly when we consider the confusing effects of blood pressure on cognitive function.

We have known for years that untreated high blood pressure in middle aged individuals significantly increases the probability that they will suffer cognitive decline in their later years (for example, R. F. Gottesman et al, JAMA Neurology, 71: 1218-1227, 2014).

A group of scientists in Italy set up a clinical study to determine whether blood pressure or use of blood pressure drugs better correlated with cognitive decline in elderly patients who already have some degree of cognitive impairment (E. Mossello et al, JAMA Internal Medicine, doi: 10.1001/jamainternmed.2014.8164).

They enrolled 172 patients from 2 outpatient memory clinics in the study. The average age of the participants was 79 and all of them had some degree of cognitive impairment (68% with dementia and 32% with mild cognitive impairment). 70% of the study participants were on blood pressure drugs. Their blood pressure was measured on a daily basis, and they were tested for cognitive function at the beginning of the study and 9 months later.

The results of the study were quite concerning:

There are, of course, some significant limitations to this study:

Is The Cure Worse Than The Disease?

However, this study does raise a huge red flag that needs to be evaluated very carefully. It raises the issue of whether aggressive drug treatment to bring blood pressure under control may, under some conditions, cause more problems than it cures. It is not unlike the study a few years ago showing that aggressive treatment to lower blood sugar levels in type 2 diabetics actually increased the death rate (C. J. Currie et al, The Lancet, 375: 481-489, 2010).

It turns out that increased risk of cognitive decline is just one of several risks associated with aggressive drug treatment to lower blood pressure. Because of that realization an expert panel recently recommended that the threshold for the use of blood pressure drugs be raised from 130/90 to 140/90 for adults under 60 and to 150/90 for adults over 60.

It’s not that high blood pressure has suddenly become healthier. Rather, the experts realized that the risks of aggressive drug treatment to lower moderately elevated blood pressure outweighed the benefits. The cure was worse than the disease!

Is There Another Option?

The answer is a resounding yes, and we have known about it for years. It is called the DASH (Dietary Approaches To Stop Hypertension) diet. It is recommended by the American Heart Association, the National Heart, Lung & Blood Institute, the USDA 2010 Dietary Guidelines for Americans and the US Guidelines for Treatment of High Blood Pressure). Coupled with a few simple lifestyle changes it has been shown to be as effective as drugs at reducing high blood pressure, without the side effects of the drugs.

You can find the details of the DASH diet here (http://dashdiet.org/), but in simple terms, it is low in fat, high in fresh fruits and vegetable, fiber and low-fat dairy products. The recommended lifestyle changes are weight control, restricted sodium intake and exercise.

Although not all experts agree, I personally recommend that you also make sure that you are getting the DV for calcium, magnesium and vitamin D from food and supplements and consider supplementing with long chain omega-3 fatty acids and polyphenols – especially resveratrol and related polyphenols from grape skins and seeds.

These statements have not been evaluated by the Food and Drug Administration. This information is not intended to diagnose, treat, cure or prevent any disease.

Do NOT follow this link or you will be banned from the site!